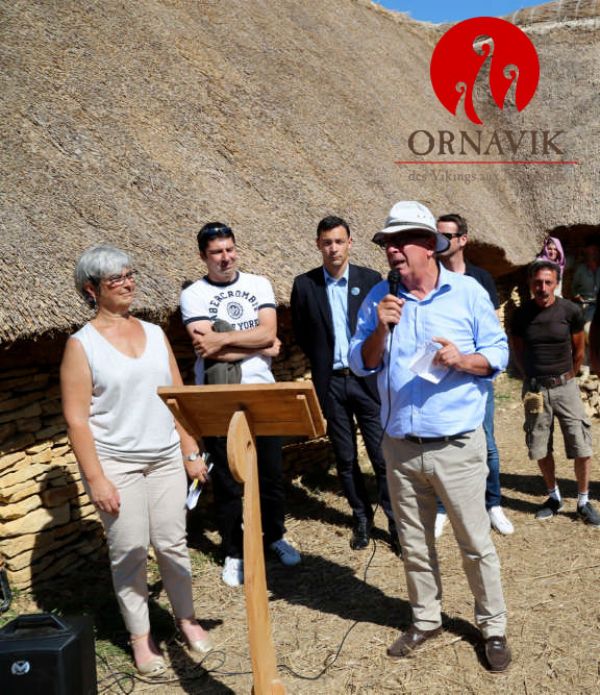 The ORNAVIK project is inspired by another archeological project, precursor in this field : the castle of Guédelon, situated in the Yonne region (Burgundy). There, the workers build a 13th century castle with the materials and technics of the Middle-Ages.

After visiting Guédelon in 2001, Christian Sébire had the idea to create Ornavik. This idea was achieved in 2009 by the creation of the association Les Vikings an 911, that carries the project. The volunteers and partners are increasingly numerous wanting to live this adventure and join our team.

Who doesn't want to know how the middle ages workers of Normandy built their houses ? How did they craft their clothes, stock their food ? How was the life at the age of the birth of Normandy ? Ornavik's goal is to bring concrete answers to all these questions, by the most educational and living way possible.

Various questions seem to be without answers : 80% of the norman population doesn't know the fabulous history of the birth of its region. The interest for this past is growing : for many years, we have observed an increased number of people taking part in medieval events !

Did you know for example that during 150 years from 911 to 1066, the Duchy of Normandy was one of the most powerful places of Europe ?

The Historic Park Ornavik is an open and living book. Whether you are Norman or not, you discover with simplicity this amazing History of the Xth and Xith centuries through the daily life of this time's population. You will leave this place with unbeliveable memories.

On the site, the craftsmen, farmers, merchants, aristocrats, warriors and fishermen will tell you everything and answer all your questions. How, in the Middle-Ages they healed, dyed the clothes, stored the grain, built the walls and craft the tools.